Last weekend was the 3rd Kido Cup in Hamburg, Germany. Over 200 people participated and with five pros it was a very nice tournament.


I played in the tournament too, but "just" in the main tournament which was won by Frederik Blomback 6dan from Sweden.
I played a good tournament and I got five wins and two losses in the end while blackmoa just got one win and six losses :( He has to practive even more :)

Also there were some simultaneous games with Ko Juyeon and Kim Yeongsam. 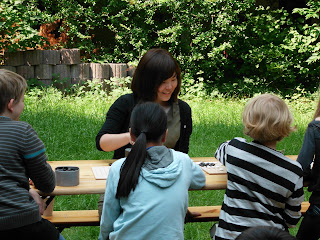 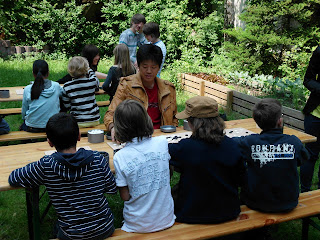 Not only simultaneous games were played, there were some review by other pros like Kwon Kapyong or Kim Seongrae:


THE RESULTS CAN YOU FIND HERE ON THE LINKS!

Here are some pics of the prizegiving ceremony: 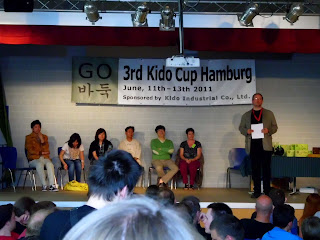 I hope to see you guys next here too :)