The nineth and and tenth game were played and the senior team got a victory! An Kwangwuk won by resignation. I think the game was favourable for Jeong, but in the endgame nearly on counting she resigned. 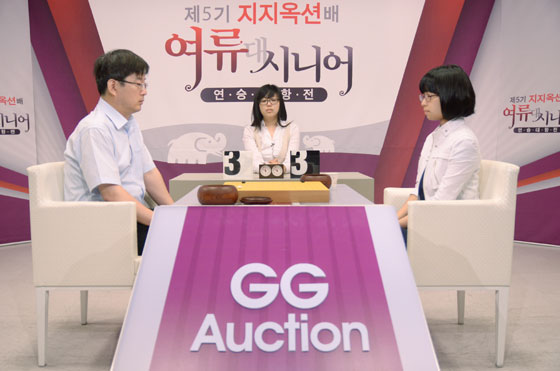 Pros knwo when to resign and hopefully she was right ;) Decide for yourself :)
Here are some pros replaying the game of  Choi and An: 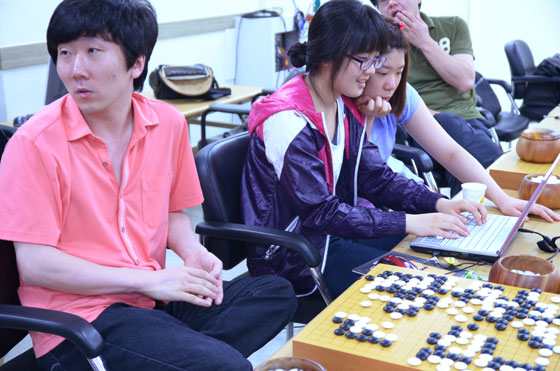 The tenth game were plaed by An and Kim Nahyun. Nahyun is 1dan professional and she is pro since 2009. She is born in 1991 December 6th.
Beside her vita she could win the game by 5.5 points. 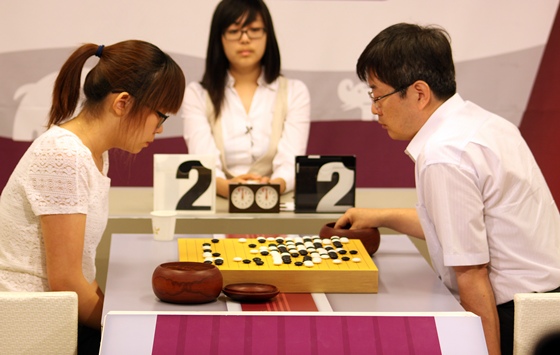 Here are the games:
nineth game:

Hopefully the female team can go on and win this tournament...let's cheer for them :)

An Kwanwuk is only 5 days older than me and that much stronger -.-